Subscribe now to get the latest for all things Penjana Kapital!

If there is one true indicator of personal compatibility in my life – in relationship, friendship, or family – it is my penchant for crossword puzzles. They have always been foundational to me, mostly thanks to my years living in the UK, travelling around London Underground and touring on double-decker across the city streets. They are my daily supplement and travel companion. The unassuming FT and The Times daily puzzles have been stoking my passion since I was a young student. Their comfortingly old-school brand of entertainment is made for idling away hours in the park during recess and is all good when commuting on a busy train. When I am not curled up with my books, I can be found solving black-and-white puzzles as though they are my therapy.

While taking my lunch break with my junior colleague the other day at work, I noticed a difference on how we both enjoyed our “switching off”. After finishing her lunch box, she sat next to me playing a video game on her phone with her earbuds on at the same time as I was well with my Wordle. 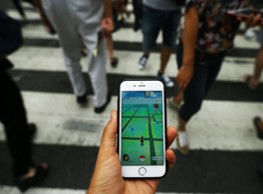 It came as no surprise when our analysts – young and millennials – decided to pick Gaming as the theme for this issue. And I immediately thought of the craze half a decade ago. If you looked around major cities or urban areas at some point in 2017, you might have seen something curious. People were not just buried in the phones (as usual), crossing the road, or waiting for Grab. Instead, they were frantically waving their phones, sweating, and dodging about with frenetic energy on the pavements. This was because they were playing the first mass augmented reality game of Pokemon Go.

It has built on the momentum of Candy Crush saga and has taken gaming mainstream as well as led to the proliferation of in-app purchases in other mobile game titles. Although in-app purchases themselves are small – a dollar here, a dollar there – the sales add up quickly, with high-end players often on average tossing US$100 a month, 4 times of the average players. The ones that are sticking around – monthly active users as venture capitalists would call them – are laying down more cash than ever on in-game goods. The new wave of blockbuster games, from computers and consoles to mobile devices, has further fuelled this growing industry. These titles encourage players to stay longer and give rise to in-game advertising market. There are approximately 3.09 billion active video game players globally and they are growing by 10% every two years. Consequently, the gaming industry has attracted increased venture capital funding in recent years. 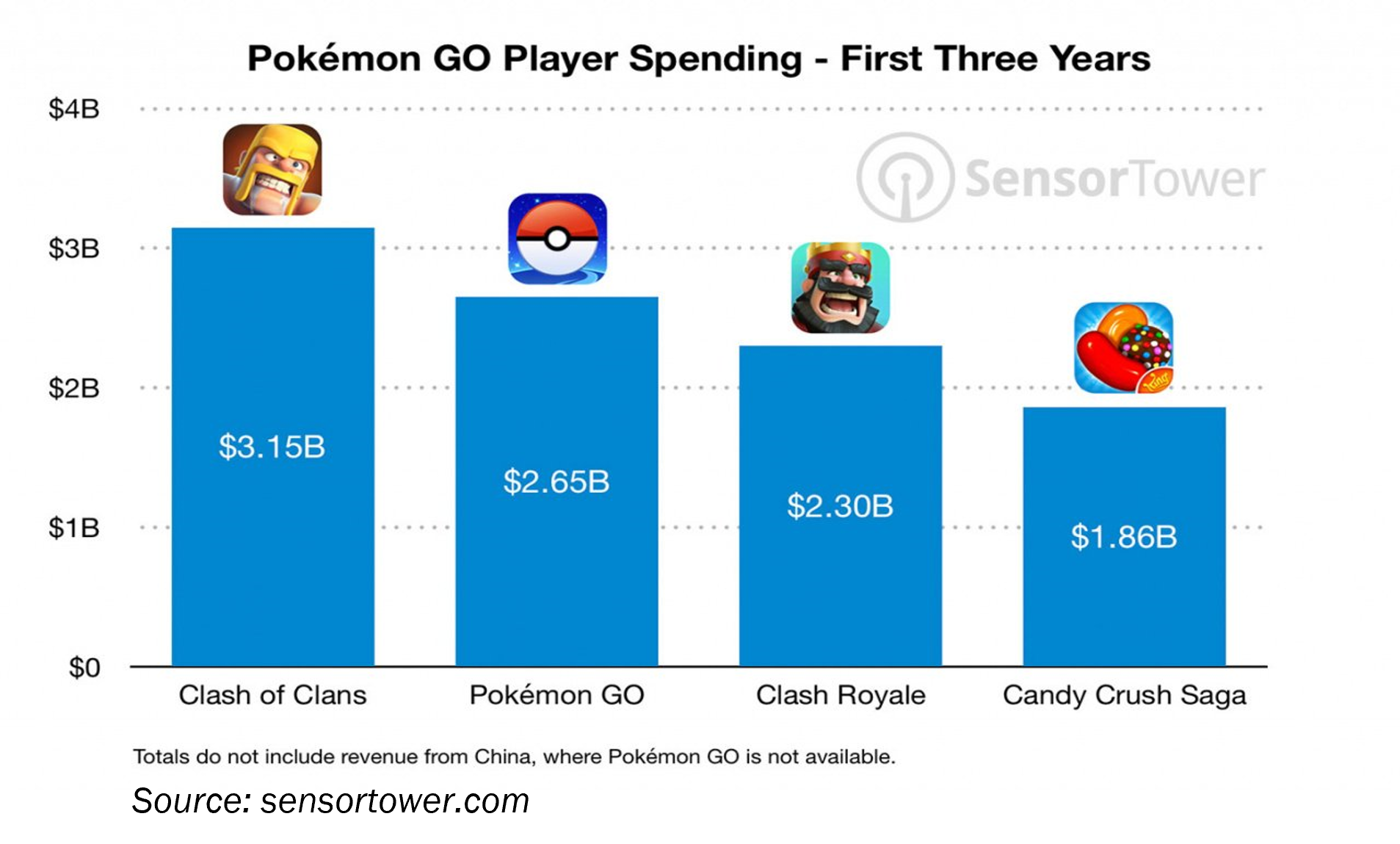 Nevertheless, the industry has not escaped controversies and is facing challenges amidst increased regulatory crackdown. The game addiction is real and has been well documented. China, the largest gaming market in the world with over 600 million active players, has implemented tough restriction as Beijing seeks to solve the issue of video game addiction amongst its youth. It was reported that Chinese children play so many video games and exhibit patterns of dependency to the extent their parents are sending their children to detox camps specifically designed to help these kids detach from gaming. Beijing has referred to this problem as “spiritual opium”.  Like any addictions, they cause antisocial compulsive behaviours. As more practitioners identify these behaviours as medically diagnosable addictions, treatment will be covered by health insurance and parents have recourse to compel companies pay for ill-gotten gains from unethical exploitation of their children. A case in point is when Apple had to enter a settlement about ten years ago with the Federal Trade Commission returning US$32.5 million in purchases to parents whose children were able to keep buying without knowing the phone’s password.

Although there are plenty of opportunities in the industry, they are not boundless. Game developers and investors need to bear in mind of the legal and regulatory considerations. It is not Wild West out there – there are rules, spending limits, and time limits. There is a thin line between “mind therapy” and “spiritual opium”. There is no black and no white.

The gaming industry is arguably one of the more innovative sectors in tech today. Since the creation of the first true video game prototype of Magnavox Odyssey by Ralph H. Baer, the gaming industry has significantly grown into one of the game changers (pun intended) in culture, social networking and entertainment of the 21st century.

Today, the gaming industry has evolved from a simple system that transformed electronic signals into pictures on a television screen to complex real life-like images across new-gen consoles, high end PCs and even mobile screens.

According to PwC, global video games and esports revenue totalled US$215.6 billion in 2021 and is forecasted to grow at a 8.5% CAGR to US$323.5 billion in 2026. Asia Pacific generated the lion’s share of revenues in 2021 with US$109.4 billion, almost double that of North America, the second highest region. Gaming is now the third-largest data-consuming Entertainment & Media content category, behind video and communications. 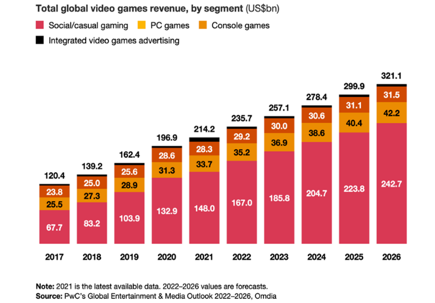 Driving Factors of Growth in the Gaming Industry

The gaming industry had significantly benefitted from the nationwide lockdowns implemented globally due to the surge of the Covid-19 pandemic. Gaming was a popular means for people to pass the time. As such, gaming platforms across multiple channels were able to attract thousands of casual gamers and dedicated players alike.

This trend is unlikely to slow down despite the reopening of economies post the Covid-19 pandemic. This is because the gaming industry is heavily invested in continuous technological advancements that help enhance the gaming experience to its users.
The rising internet connectivity, increasing adoption of smartphones and the advent of high bandwidth network connectivity, such as 5G, have further increased demand in the gaming market across the globe. According to a report by the GSMA, as of November 2021, 170 mobile operators launched commercial 5G services with 7% population penetration at the end of 2021, thereby opening new opportunities for the mobile vendors to introduce 5G smartphones in the market.
Aside from this, cloud gaming services would also be a growth factor as it focuses on leveraging hyper-scale cloud capabilities, streaming media services and global content delivery networks to build the next generation of social entertainment platforms. Leveraging cloud technology in the gaming market is likely to drive the demand and engagement of multi-players for different games, boosting the market growth in the near term.

Closer to home and unbeknownst to many, Malaysia is one of the biggest players in the gaming industry among its regional peers. According to the Southeast Asia Game Industry Report 2021 developed by the Malaysia Digital Economy Corporation (“MDEC”), Malaysia is the third largest market in Southeast Asia with a game market of US$786 million in 2020. According to the same report, game companies in Malaysia are principally involved in the Pre-production and Production stages of the game development lifecycle, accounting for 18% and 21% of the survey respondents, respectively.

These figures show that there is strong potential for Malaysia, already known as an original game creation hub, to establish itself as a gaming ecosystem hub and potentially create various spill over economic effects for the local economy. According to former Deputy Minister of Communications and Multimedia, YB Datuk Zahidi Bin Zainul Abidin, the creative industry, which includes game development, is targeted to contribute RM31.9 billion in GDP by 2025. Much like other budding sectors, the gaming sector requires government support and funding to create an effective ecosystem - Malaysia is known for giving various grants and funding support to the game industry.

MDEC is playing a pivotal role in a creating this ecosystem. One of the initiatives by MDEC is LEVELUP KL 2022 held recently from the 4th to 7th October 2022. It is the 8th instalment of Southeast Asia’s premier gaming expo, held to showcase and connect local and international players in the game development scene. On top of that, MDEC also started LEVELUP INC, an incubator for the top small and medium game start-ups to collaborate, support and accelerate business growth as part of the government’s aim to make Malaysia the regional game hub. There are also other initiatives by MDEC to develop the local game development industry such as the LEVEL UP Apprentice, LEVEL UP @Schools, Masterclass Workshops and Game Dev Hangouts.

This concerted effort by various stakeholders has managed to attract big foreign players from the gaming industry to invest and set up presence in Malaysia. In January this year, one of the world’s largest esports, gaming and lifestyle organisation Galaxy Racer announced a projected investment of approximately US$10 million into Malaysia. In conjunction with this, they will also establish a new regional headquarters for the Asia Pacific region in Malaysia. Galaxy Racer is not the first to expand into Malaysia, and will be joining the likes of PlayStation Studios Malaysia and Bandai Namco who ventured into Malaysia in 2020 and 2016, respectively.

As discussed, Malaysia stands to play an important role within the regional gaming ecosystem. Malaysia is never short of talent when it comes to game development. Here are some of the local game companies that are active in the gaming scene: 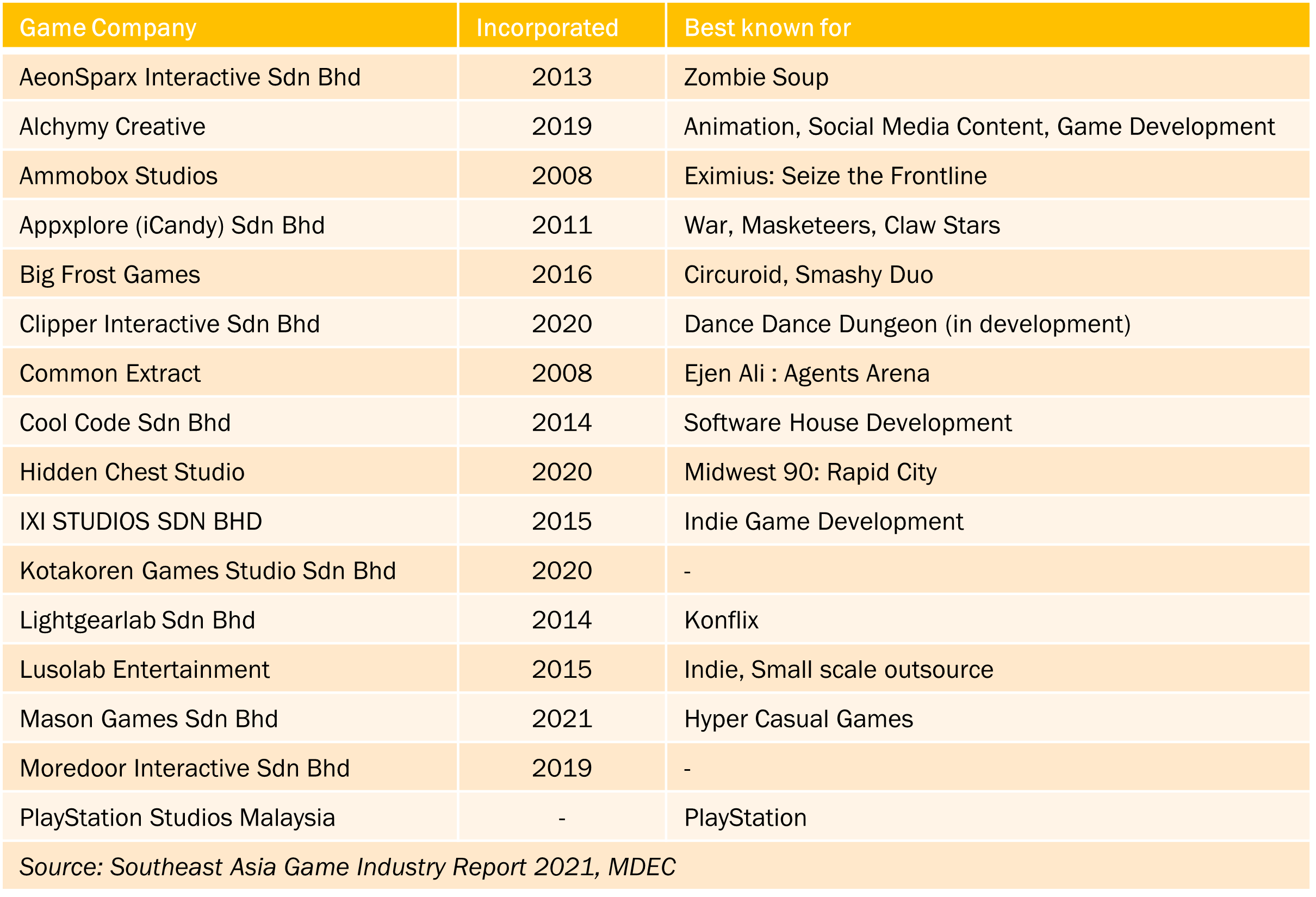 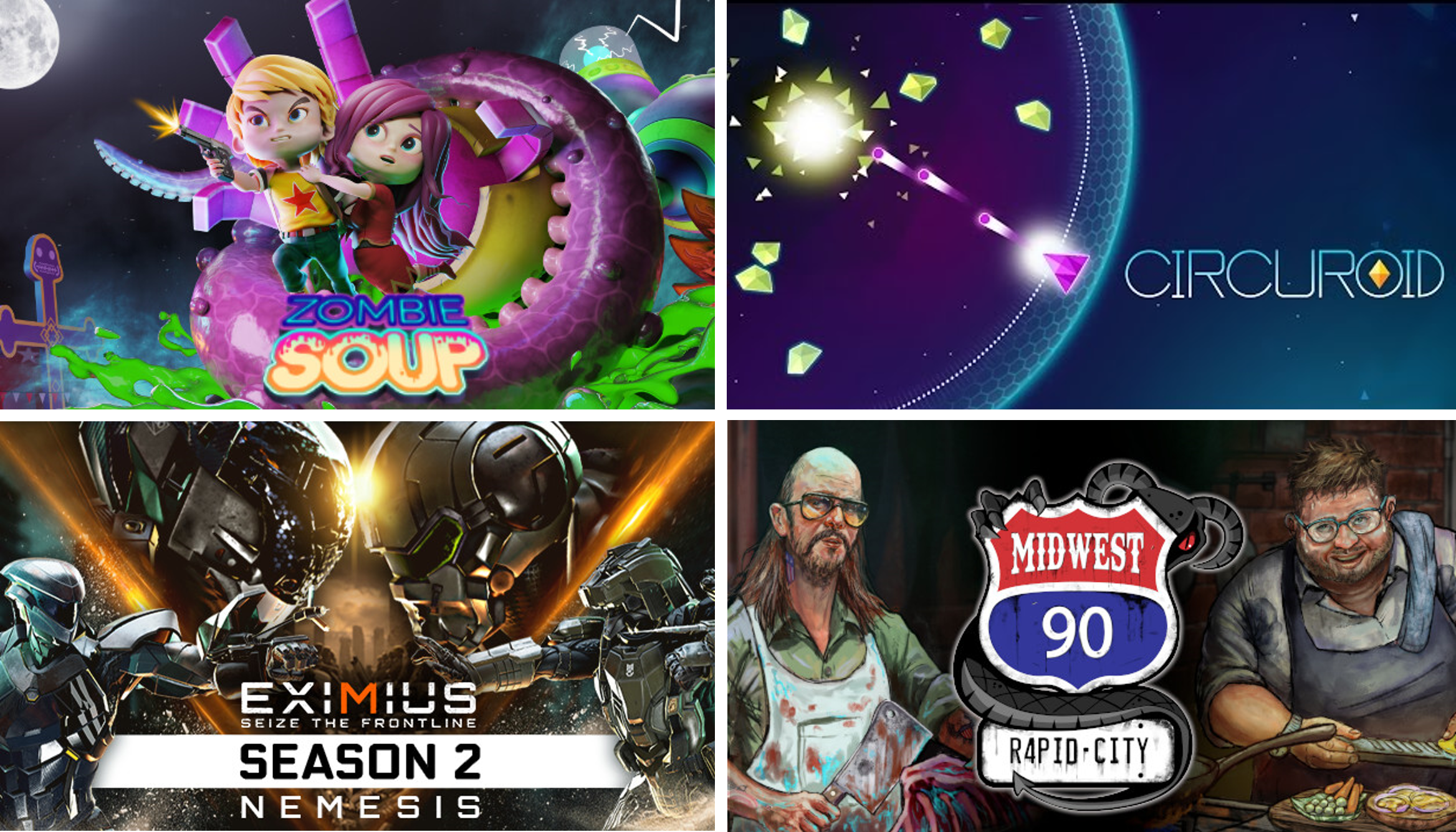 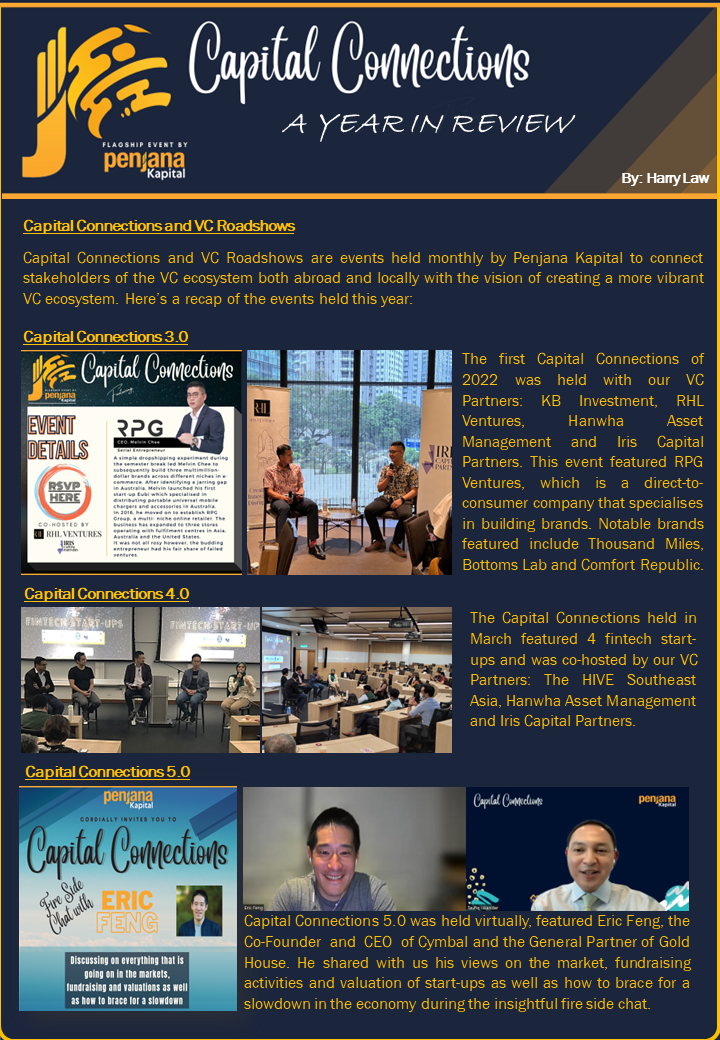 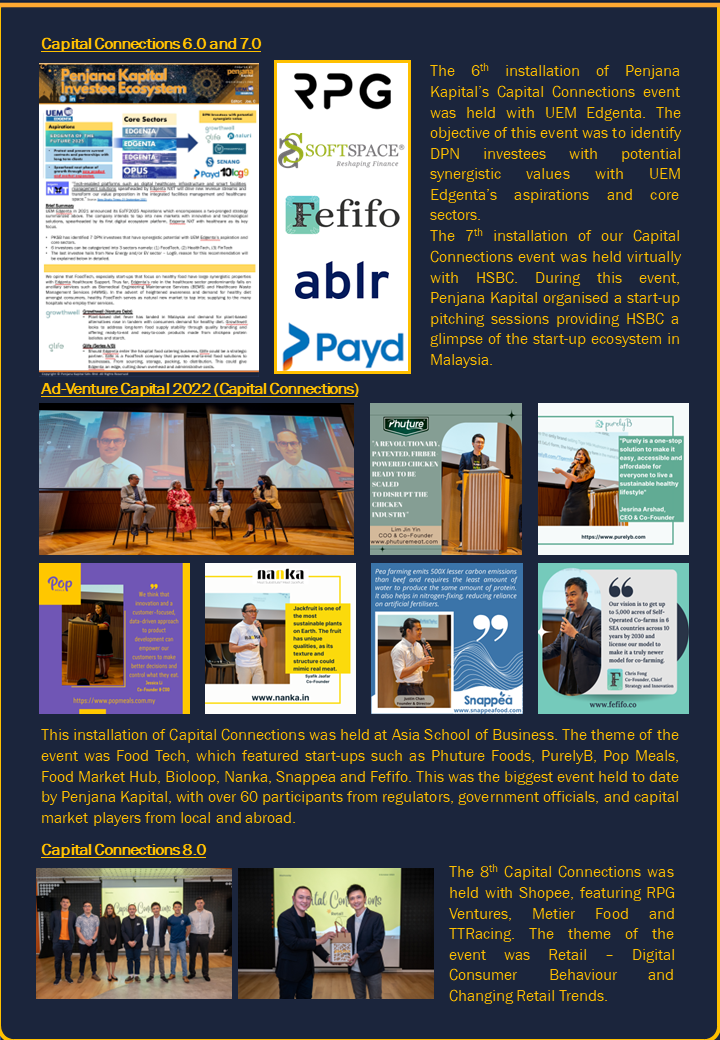 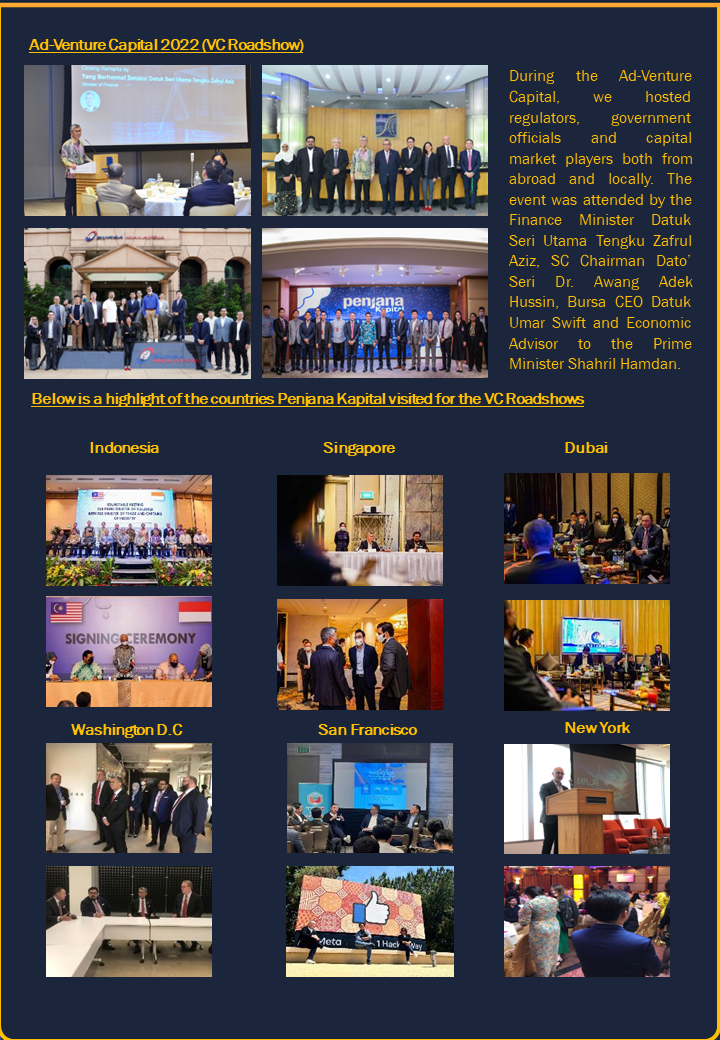 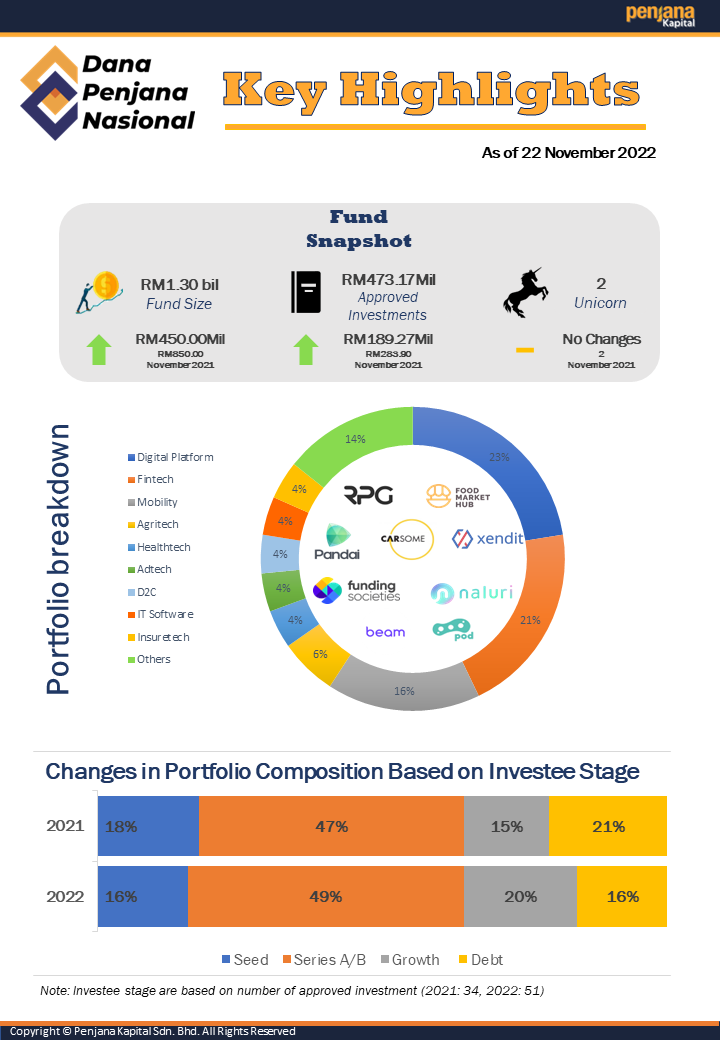 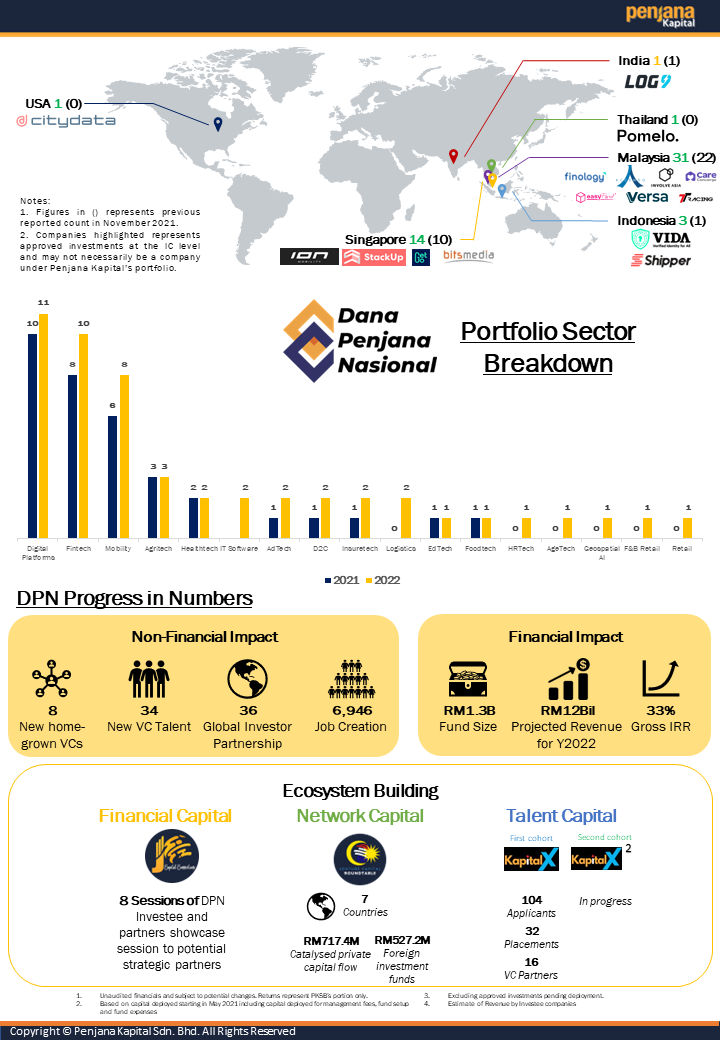 It has been prepared without regard to the individual financial circumstances and objectives of persons who receive it. Penjana Kapital Sdn Bhd has no obligation to update its opinion or the information in this newsletter and Penjana Kapital Sdn Bhd recommends that you independently evaluate particular investments and strategies and seek the advice of a financial adviser prior to entering into any transaction. The appropriateness of a particular investment or strategy will depend on your individual circumstances and objectives. The information herein was obtained or derived from sources that Penjana Kapital Sdn Bhd believes are reliable, but while all reasonable care has been taken to ensure that stated facts are accurate and opinions fair and reasonable, we do not represent that it is accurate or complete and it should not be relied upon as such. All opinions and estimates included in this newsletter constitute our views as of this date and are subject to change without notice.